So, I don’t know if you’ve heard, but there’s this virus thing going around. And not only is it potentially lethal, it’s also  messing with my movie-watching vis-à-vis shutting down all the theaters. So if you’re reading this, Covid-19… back the hell off! What you’re doing here, it’s not cool. Staying home from school and work was cool for a week, but now it’s starting to piss me off. Final warning.

Because I am now stuck at home mourning my fallen movie houses, I thought I would capture my perspective of the slow death of these glorious motion picture galleries. I believe it captures a sadness that rivals Shakespeare’s tragedies. My laptop is wet from the tears pouring from my eyes while I write this, but I feel I must carry on in honor of the theaters who were so dear to me. So here are the final five theater experiences I had before they crumbled before my eyes. 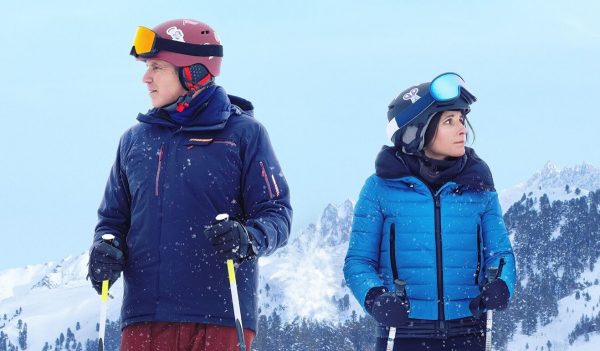 I strode into my AMC’s 5:45 showing of Downhill blissfully unaware that those very doors that have acted as a gateway into the wonderful world of film countless times before, would be closed in less than a month, never to be opened again. I do not recognize this man in my memories. I cannot imagine that feeling of ignorance and freedom he felt that day. The freedom to watch a mediocre and plodding remake of an infinitely superior foreign film. I resent this Past Me for not treasuring each slow and uneventful moment. 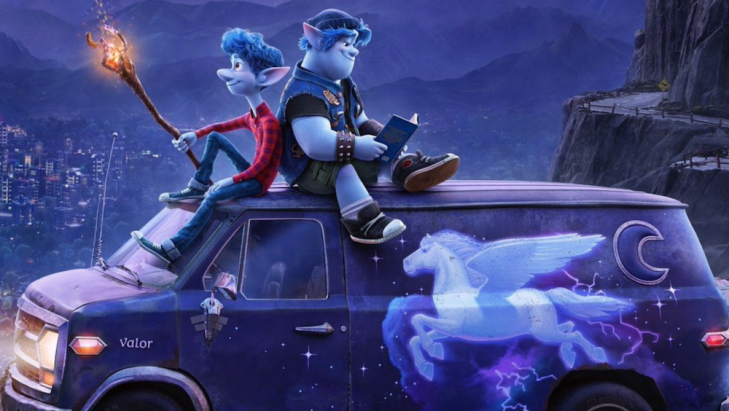 If you want my thoughts on the film Onward, click the link here. I will focus on the theater experience here.

I went with my family to the Megaplex’s (a Utah theater chain) 1:00 showing of Onward expecting nothing but PIXAR excitement to be in the air. I was wrong. When I walked into that theater, fear was in the air. Covid-19 was becoming a big deal, and the theater was half as full as it usually is for a PIXAR blockbuster. I still enjoyed the film in a major way, but that feeling of fear gave me the first sliver of worry for the future of theaters.

The insane saga this film went through is interesting enough to warrant a standalone article, so expect that in the near future. For now, I’ma just give you the gist. The Hunt is a movie that want’s to be a super epic political commentary, but never really seems like it has anything to say. It’s super indecisive on it’s message. What The Hunt does succeed in is being a super gory and fun thrill ride. It’s surprising, it’s clever, and it’s funny as hell. At this point, movies were getting delayed left and right, and some parts of the country were enforcing stricter and stricter rules to keep the virus from spreading. The Utah governor made a statement recommending that people stay away from groups of 20 people or more. School’s cancellation was imminent. I saw this film the day before AMC announced their “social distancing” plan. In a last-ditch effort to assure moviegoers’ safety, they cut the seating capacity per theater by 50%. It didn’t work, but they tried.

After my screening of The Hunt, I bought some pretzel bites from the concession stand. The worker that provided these tasty twists was a very nice fella, and we had a conversation about the state of the world. I asked him if he thought they would close. He said no. Dumbass. I then embarked on a second cinematic journey in the form of Bloodshot. I was kind of excited for it. It sucked ass. I don’t currently feel like putting my disappointment into words, but if you want me to elaborate, comment below.

AMC was closed. Regal was closed. Cinemark was closed. My arthouse theater was closed. Only Megaplex remained. As the ticket-rippin’-boy ripped our tickets, the manager personally thanked us for coming in and told us how much she enjoyed Emma as she lead us to our empty theater. It was surreal. The movie was delightful in every way, and I am consistently impressed with Anya Taylor Joy, but that air of desperation was potent and disheartening. And as I left the theater, my phone notified me that Universal would be bringing their theatrical slate of movies, including Emma, to Video On Demand (VOD). It was then that it finally kicked in. The realization that movie theaters were no more. At least for the next few months.